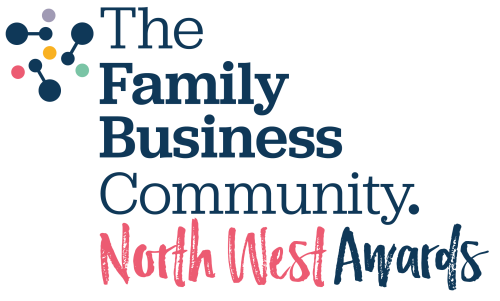 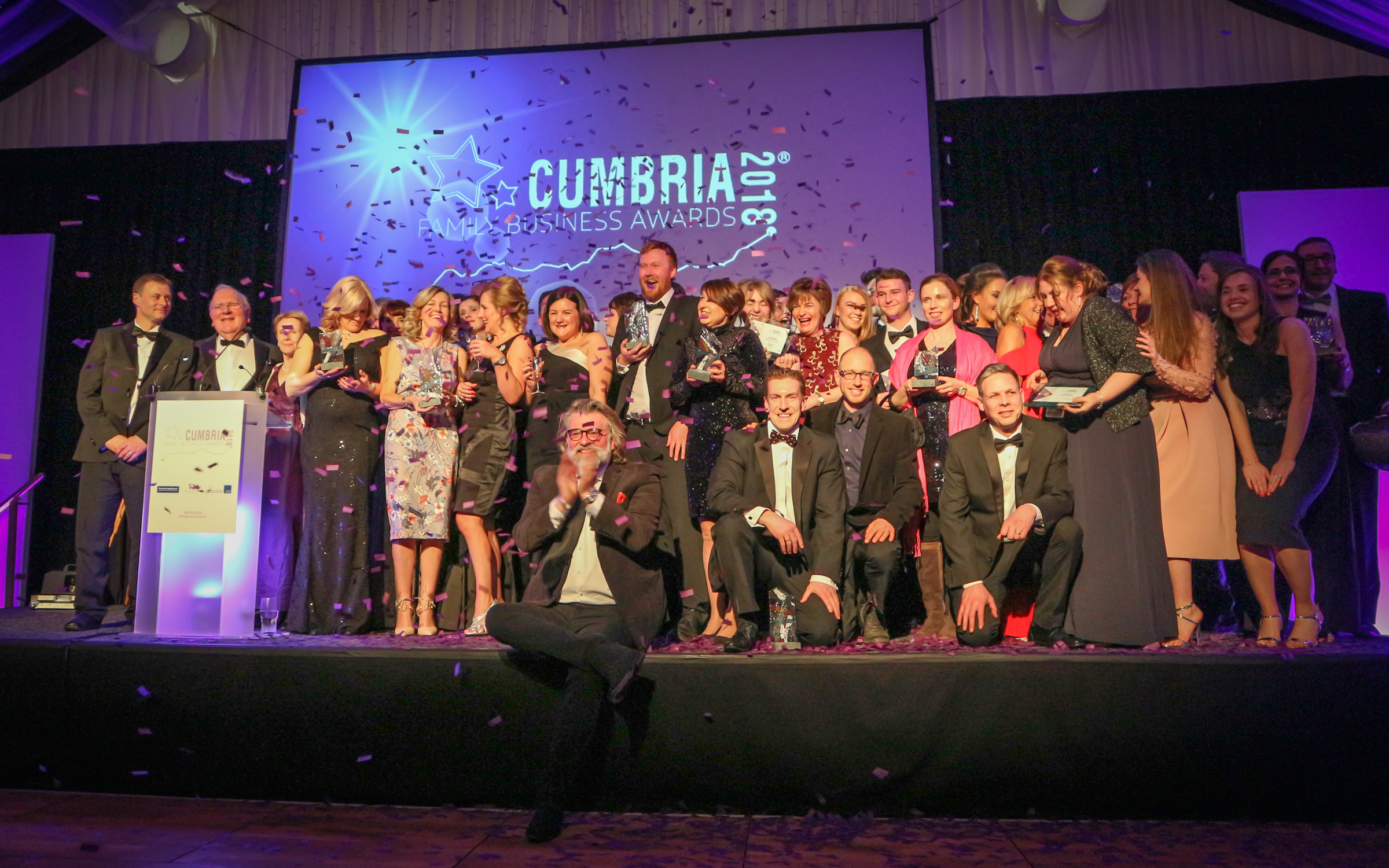 “David and I were delighted to have won the award for ‘Best Family Business in Retail and Wholesale’. This was then topped at the end of the night when we collected the top prize for ‘Outstanding Cumbria Family Business 2018’. It’s wonderful to be recognised for our high service levels and what we contribute to the regional economy due to our support for farmers and other producers. A big thank you goes to the whole team at Pioneer for making this possible.” 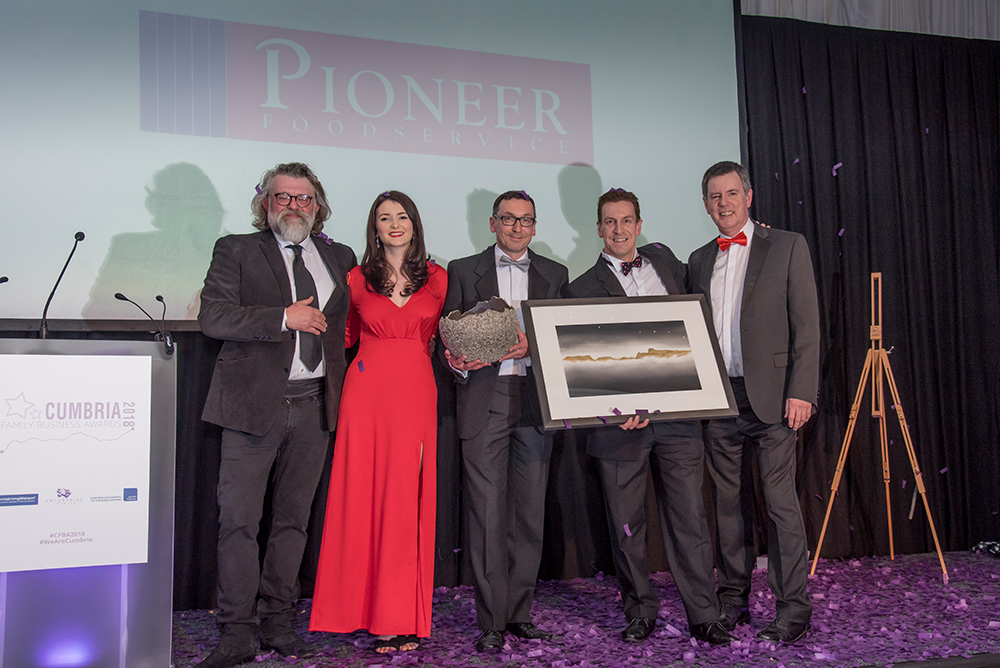 sponsored by Enterprise Answers was awarded to 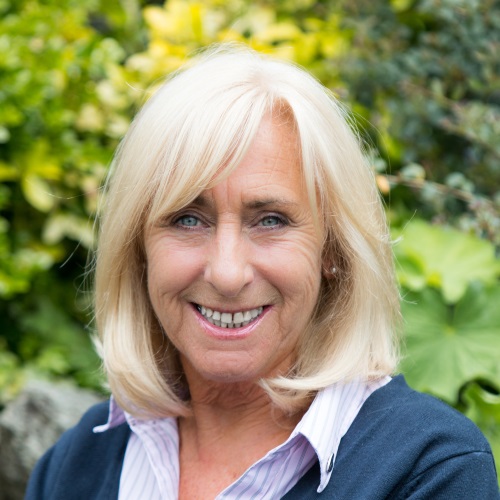 The Employee of the Year

Lynn Logan, Heart of the Lakes 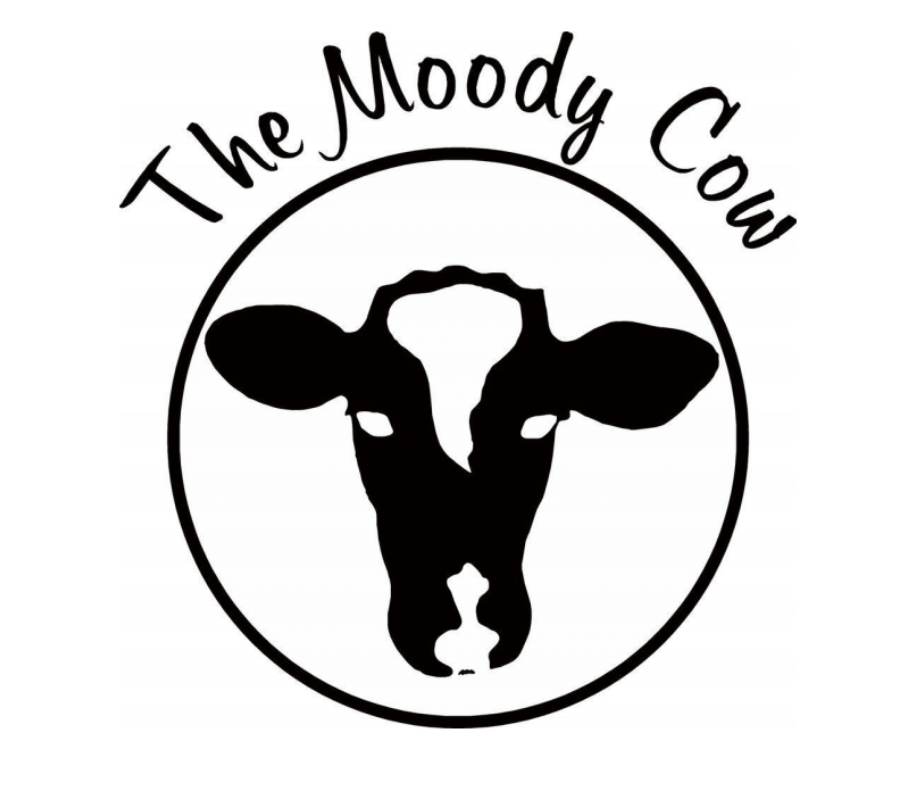 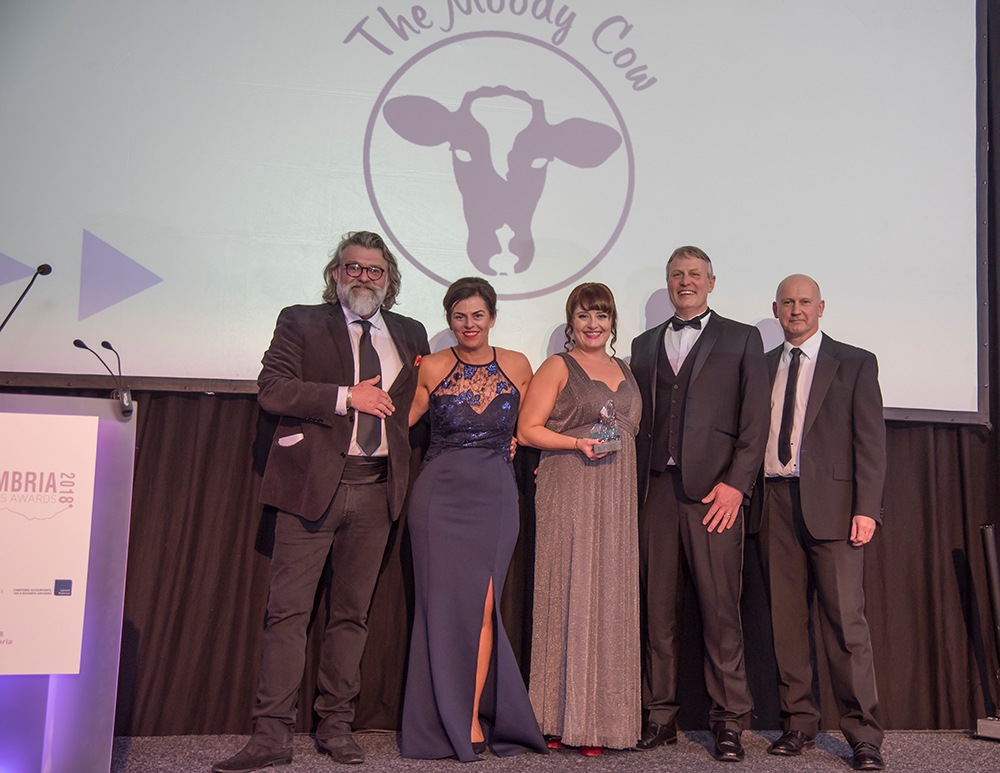 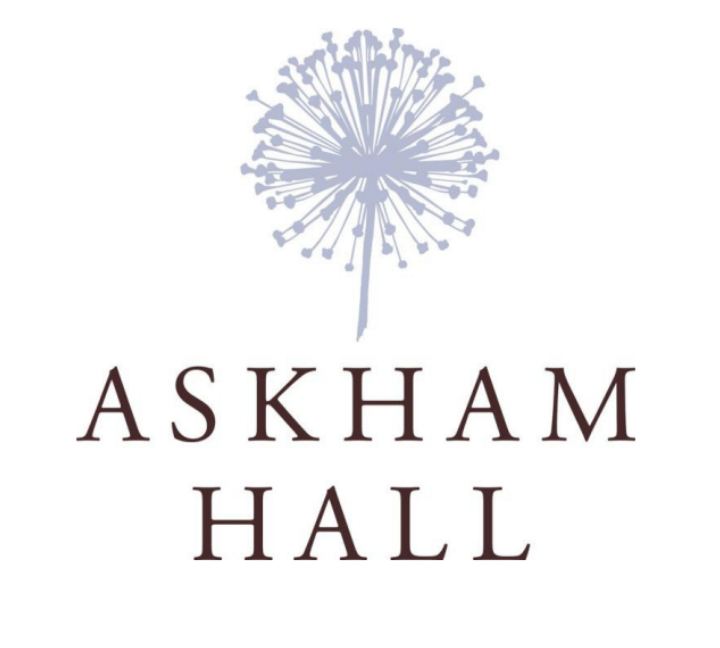 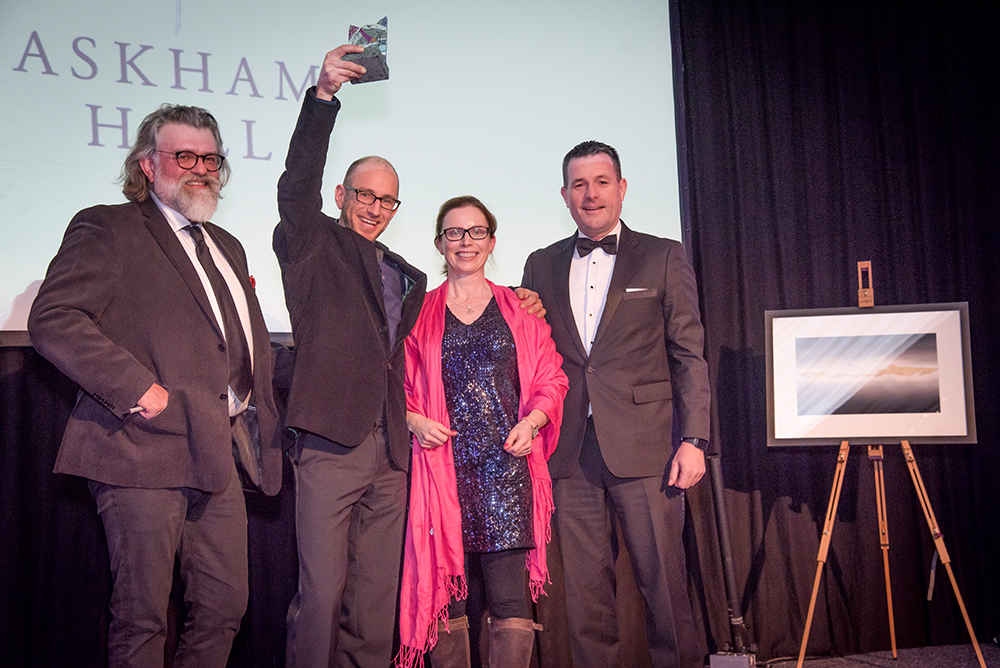 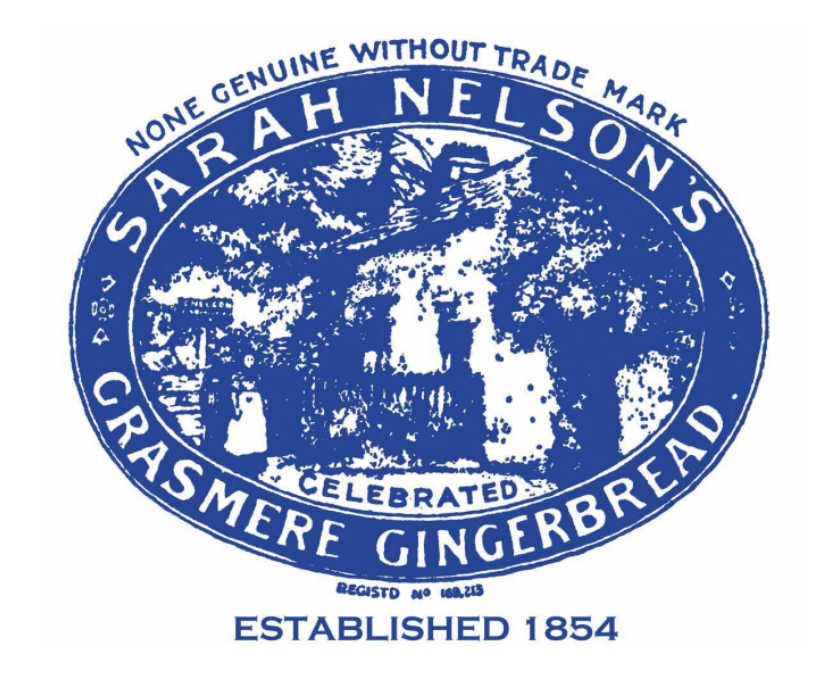 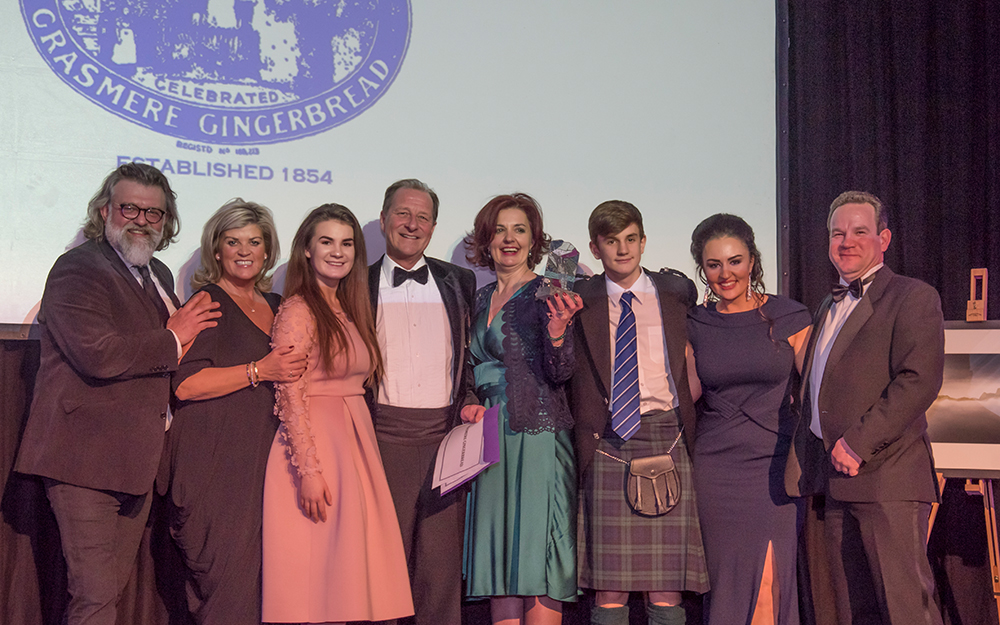 sponsored by Bells of Lazonby 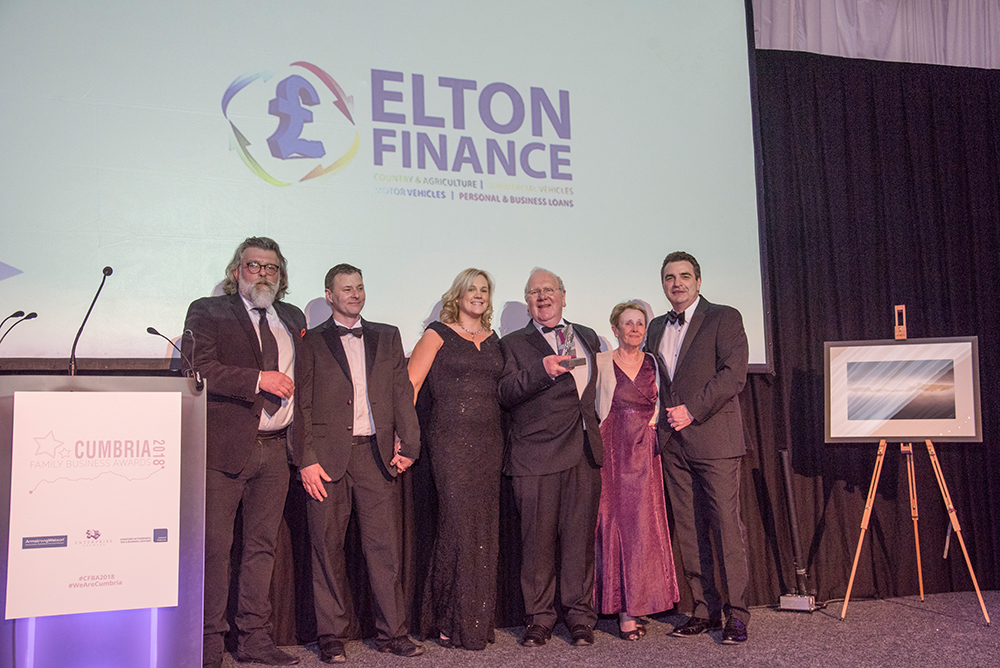 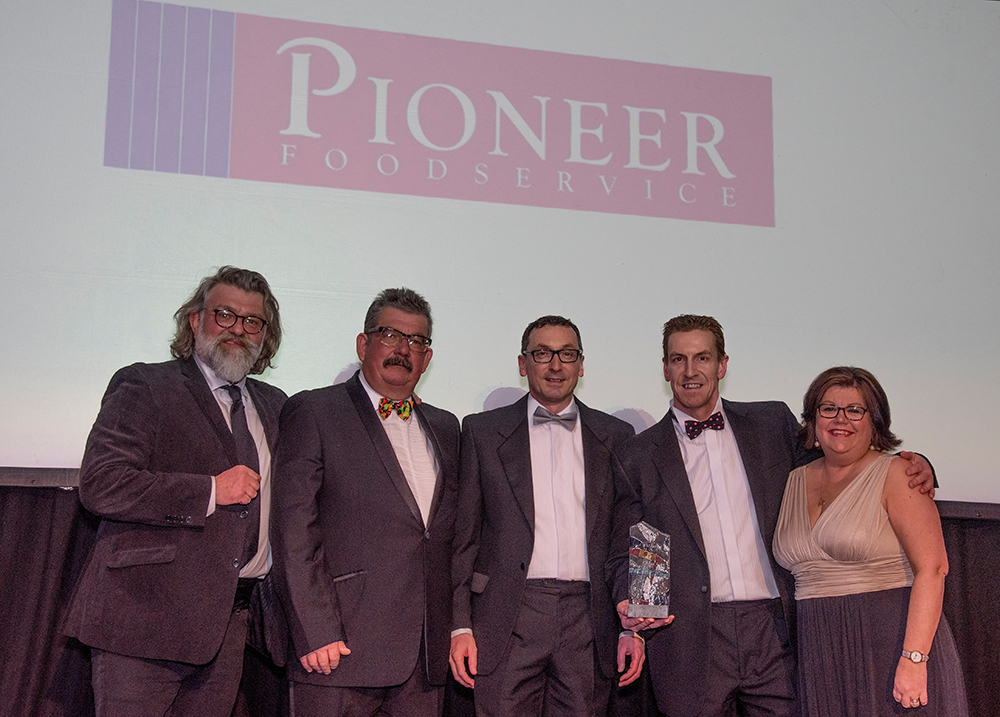 sponsored by The Cumberland 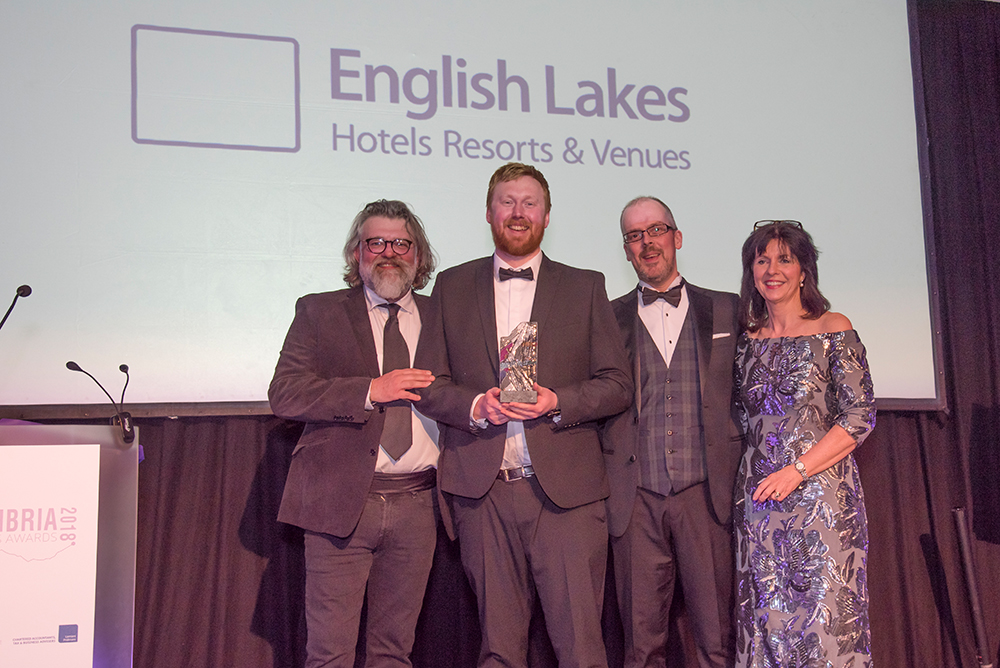 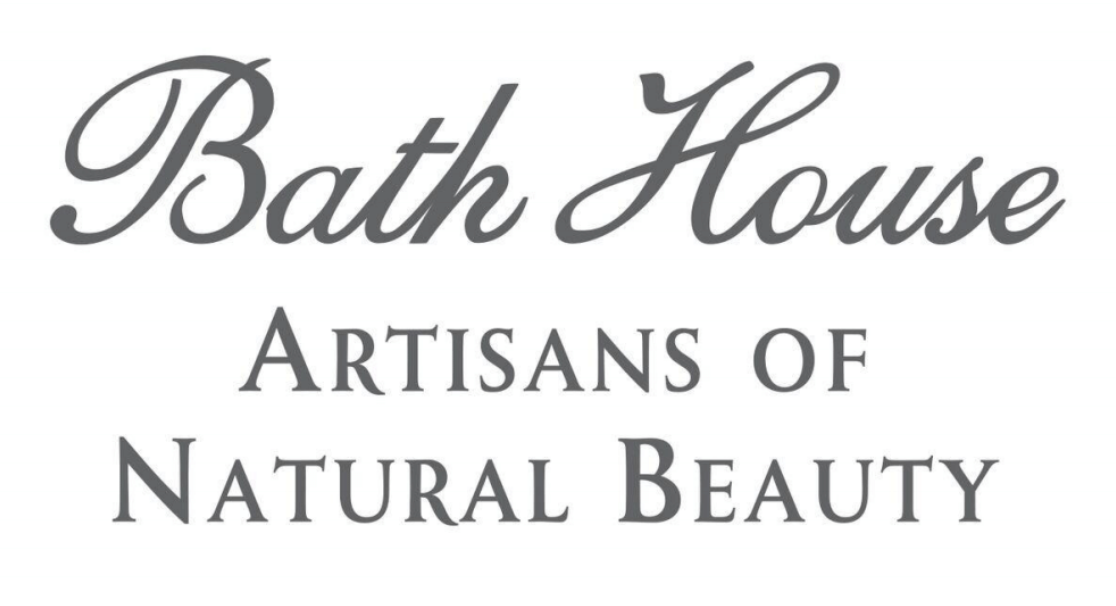 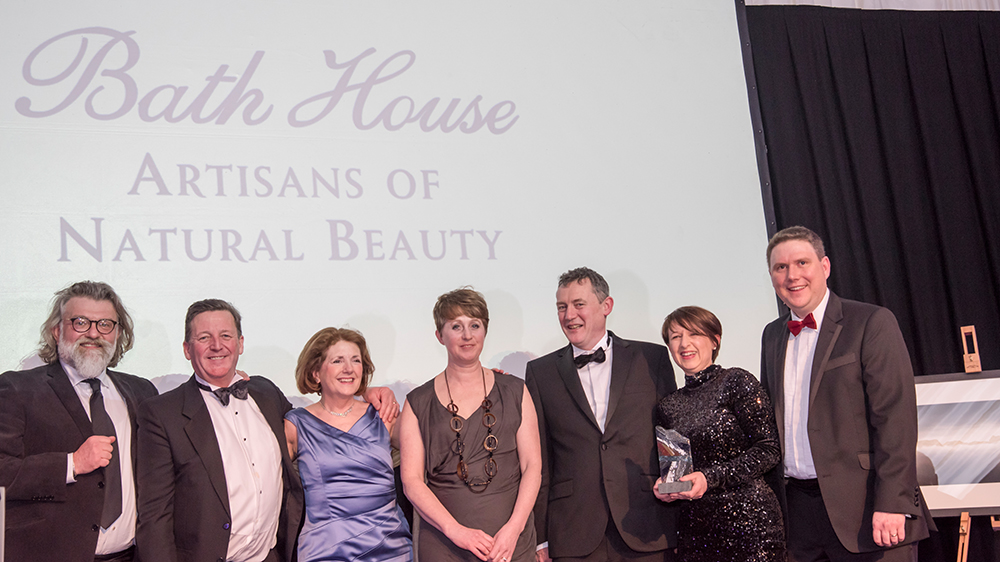 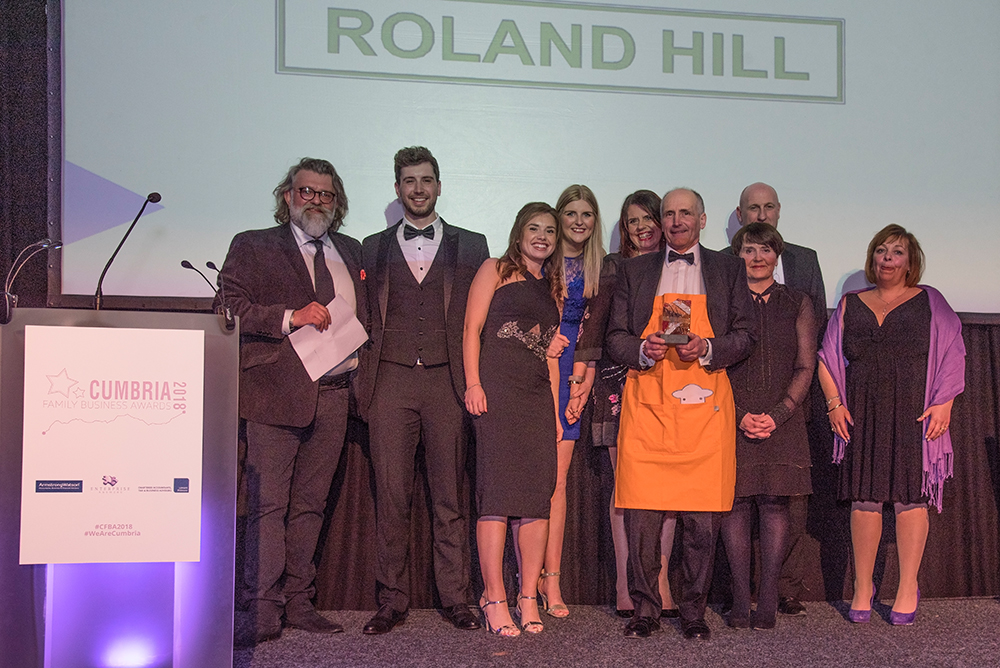 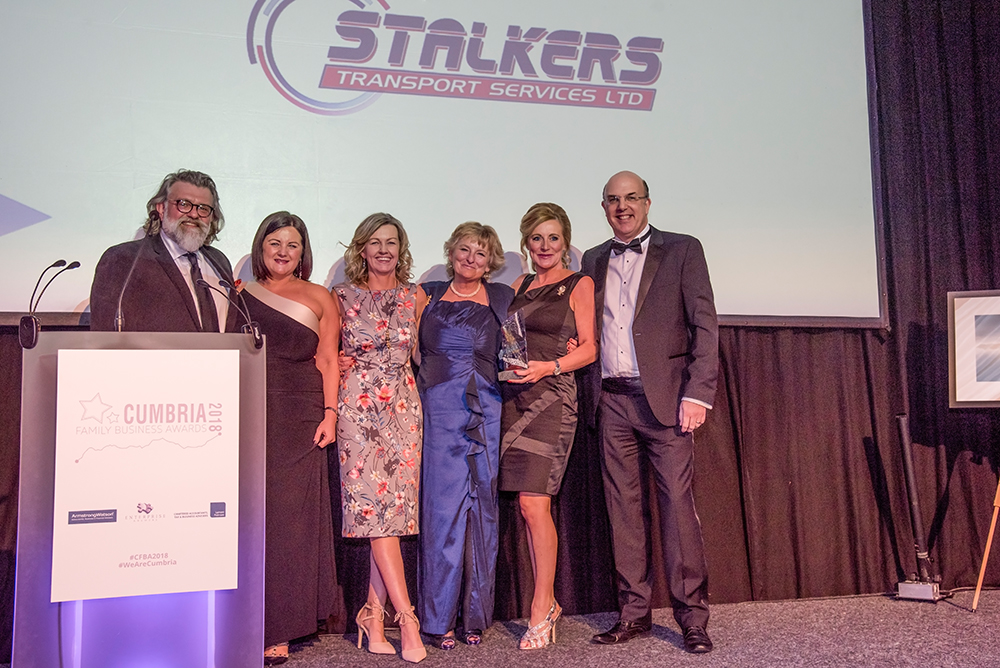 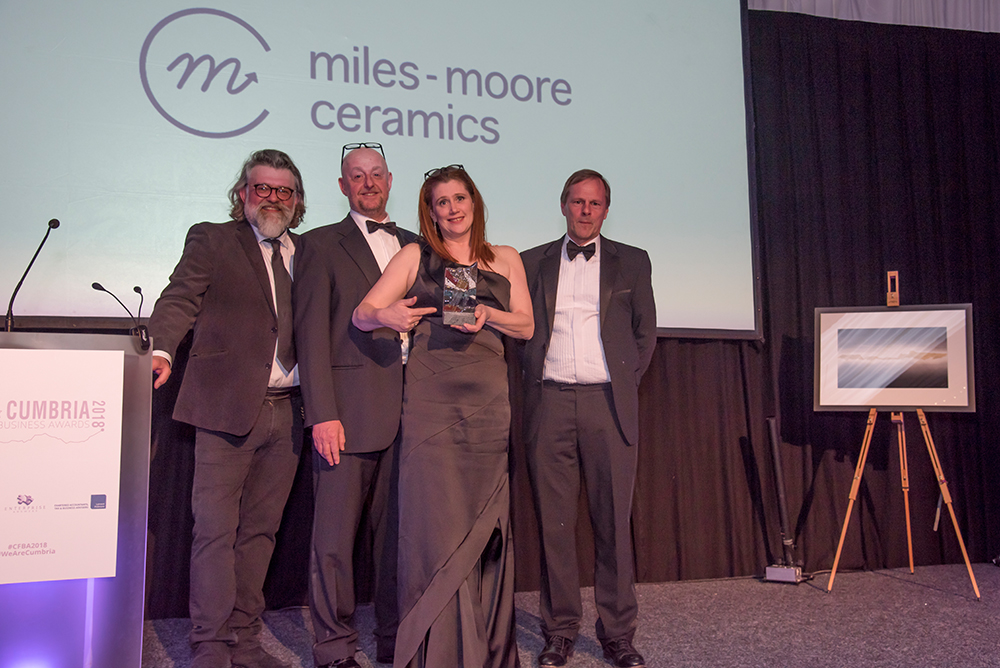 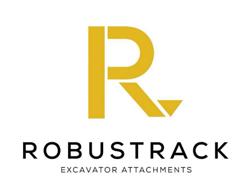 Over three hundred people attended the Garden at Eden, Carlisle on Friday for the glittering awards ceremony which was hosted by Hairy Biker, Si King. Dave Myers had been due to host but unfortunately ill health had prevented him from doing so and his friend and co-presenter Si offered to step up.

“We have been overwhelmed by the positive feedback about Friday night. Cumbria owes so much to the family businesses who make this county such a vibrant place to live and work. We were proud to see Cumbria shine so bright and are even more delighted that all the winners will also automatically be represented at the national awards finals in London later this year, flying the flag for Cumbria even further. The awards are such a special event thanks to all the family businesses, both winners and runners and up and wouldn’t happen without them or the fantastic sponsors who make it possible for these awards to happen.”
– Janett Walker, co-founder of the Cumbria Family Business Awards.

4,839 votes were cast in total for the Employee of the Year finalists. The votes ranked and scored and these points were added to the judges scores ‘Strictly Style’. Lynn Logan  of Heart of the Lakes was awarded one of the top prizes of the night by Simon Glencross of NXT Recruitment.

Five other businesses were recognised with prizes, Kendal based agricultural equipment company Robustrack and art-based mother and daughter team Lauren’s Cows were gifted a new 2018 award ‘Going Places’ by the judges. Little Rascals, Barry Robinson Ltd and Feather & Springs were designated Ones to Watch in future years.

Comments Off on 2018 Winners

Thank you to our sponsors

By submitting this form, you agree for your details to be used by the North West Family Business Awards & its parent company, The Family Business Community, to send free, relevant marketing communications about the Awards, as well as family business news and events. For more information, please refer to our privacy policy.

For general enquiries regarding the North West Family Awards, contact
Sue Howorth on 07866 536050;
Dave Clarkson on 07908 783305;
or email info@northwestfamilybusinessawards.co.uk

Any cookies that may not be particularly necessary for the website to function and is used specifically to collect user personal data via analytics, ads, other embedded contents are termed as non-necessary cookies. It is mandatory to procure user consent prior to running these cookies on your website.